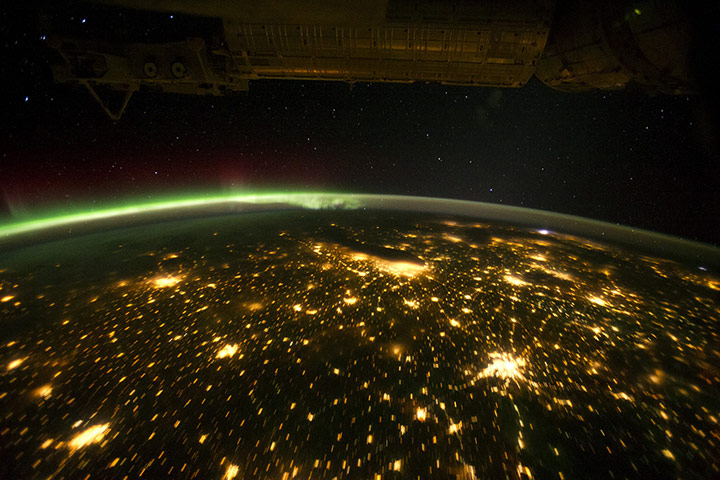 The night skies illuminated with light from many sources. For example, the midwestern United States has a night-time appearance not unlike a patchwork quilt when viewed from orbit. The artificial light from human settlements appears with a characteristic yellow tinge. The green light of the Aurora borealis also shines brightly in this view – even seeming to reflect off Earth’s surface in Canada. A small white patch of light is almost certainly lightning from a storm on the east coast (image top right). This photograph highlights the Chicago metropolitan area as the largest cluster of lights, next to the dark patch of Lake Michigan. The other largest metropolitan areas include St. Louis, Minneapolis-St. Paul, and the Omaha-Council Bluffs region on the Nebraska-Iowa border. The north-eastern seaboard lies just beyond the Appalachian mountains, a dark winding zone without major cities